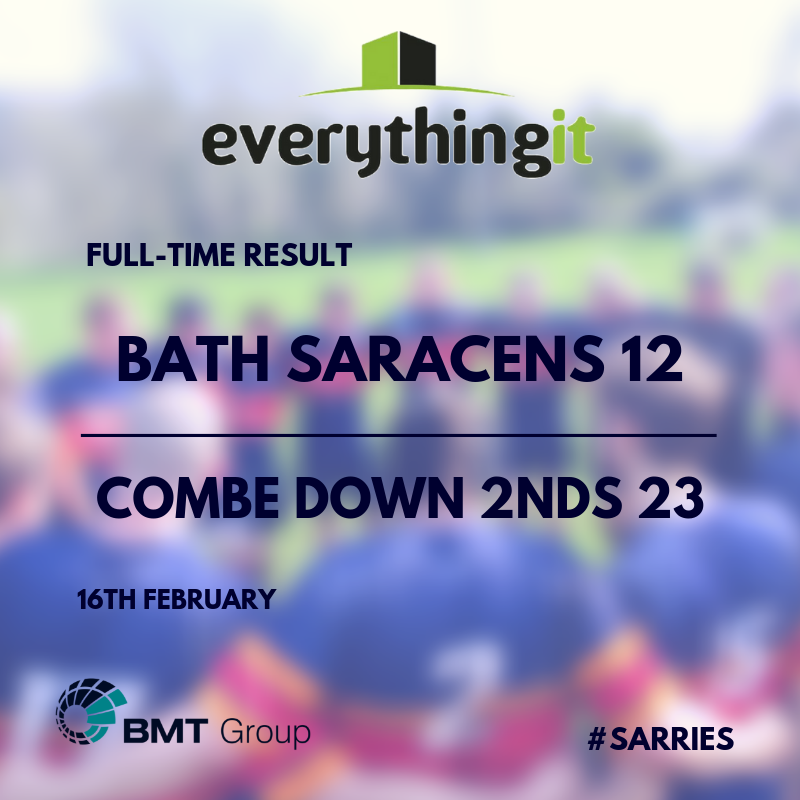 Bath Saracens winning streak came to an end after well contested match between two of the league’s in-form teams.

With Sarries full of confidence after their recent run of results, they took the game to the visitors from the kick-off and were first to put points on the board with a try from winger Alex Caffrey-Gage. Combe Down then got into their stride and after an extended period of pressure in the host’s half, they levelled the score with a try of their own. However, the come-back was short lived and shortly before half time scrum half Mike Fordham touched down for Sarries second try. Alex Reilly added the conversion and they went into the half time break with a 12-5 lead.

The visitors came out strongly in the second half and Sarries lost some of their shape and discipline. 3 yellow cards saw them playing part of the half a player down, and their opponents took full advantage. 3 tries and a penalty without reply saw the visitors take control of the match and they came away with a well deserved bonus point win. Sarries man of the match was fly-half Owen Swabey.

Sarries now have a week off before their next league encounter. With the runner up spot now realistically out of reach, they will be looking to return to winning ways for the end of season run in and secure a 3rd place finish.