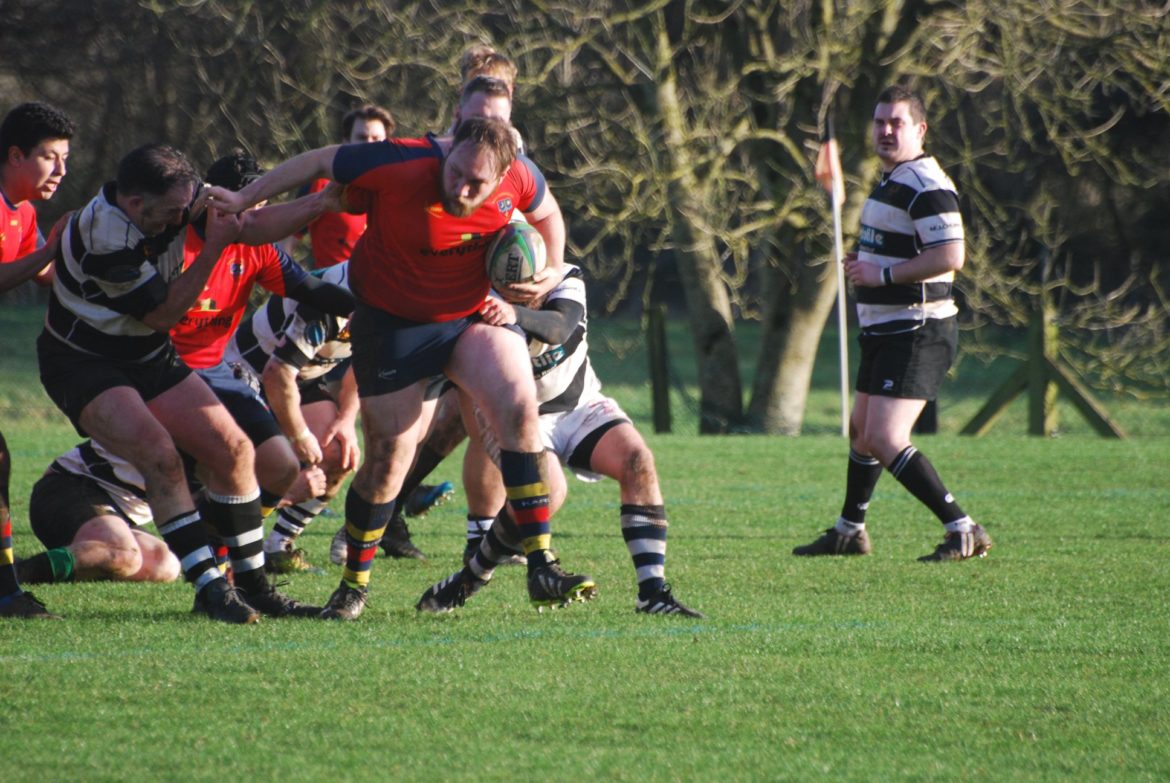 Bath Saracens put in an impressive performance against their visitors in a ‘top of the table’ clash at the Sulis club.

Sarries showed their intentions straight from the kick off when they crossed the Chippenham try line for an early opening score. Following that there was no let up in the intensity and the hosts secured the try bonus point within the first half hour.

Chippenham battled hard throughout the match using their big forwards to try and break down the Sarries defence, however their efforts went unrewarded. The hosts continued to keep the score board ticking over and they rattled up a total of ten tries. There were hat tricks for Max Hemmings, Paddy Thomas and Ben Johns, with Pete Baldwin also claiming a touchdown. Hamish Donnelly added 6 conversions to complete a resounding 62 – 0 victory.

Man of the match was awarded to lock Sam Blackburn for an outstanding individual performance.

This result sees Sarries open up a ten point lead at the top of the table. They now have a weekend off before they travel to Cricklade for their next league fixture.