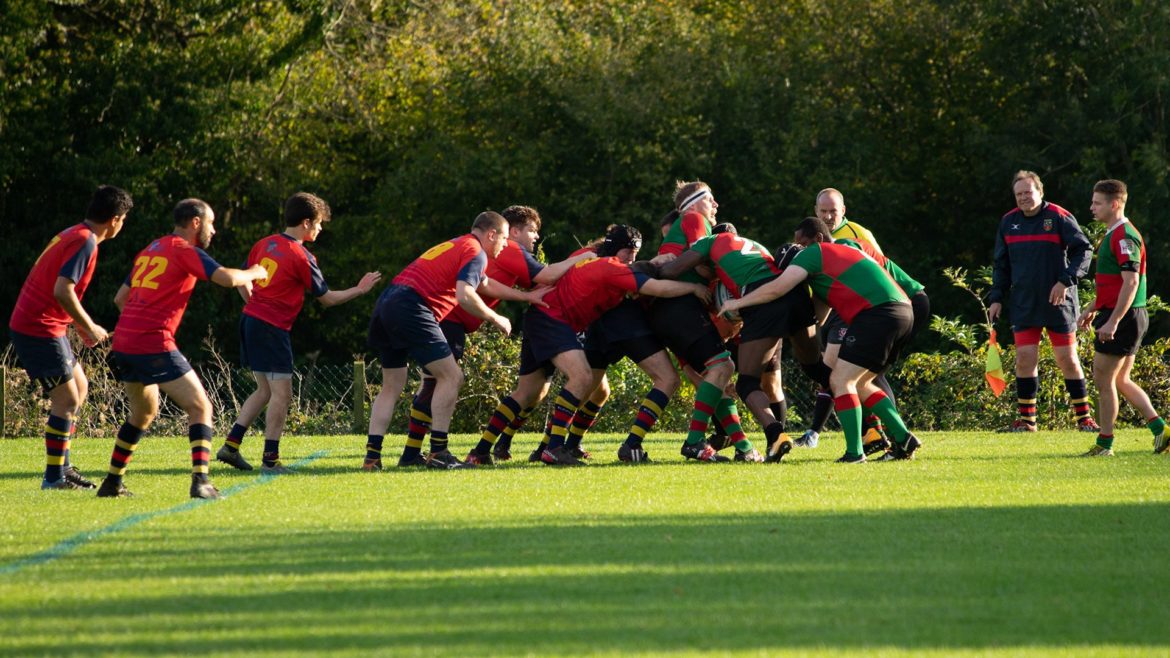 A last minute conversion sealed Bath Saracens first league defeat since the beginning of October. Sarries travelled to Cricklade looking to extend their winning run and consolidate their position as league leaders, however they came up a much improved home side from the one that travelled to Bath earlier in the season.

The game kicked off with the strong breeze blowing across the pitch and this challenged both teams every time the ball was not in hand. Defences held firm in the first quarter, with neither team able to gain a territorial advantage, however Sarries had the edge in the early set plays and looked the more dangerous side in attack. The visitors finally took the lead when scrum half Todd Jones intercepted a loose pass and raced from the half way line to touch down beneath the posts. However, the lead was short lived and within minutes the hosts found a rare gap in Sarries defence and levelled the scores at 7-7. Sarries thought that they had regained the lead on the stroke of half time, however the referee deemed that winger Paddy Thomas had been stopped just short of the try line, and the scores remained level going into the break.

The second half commenced in a similar fashion and the sides remained in deadlock until Sarries fullback Jacob Wimpress chased after a defensive clearance and outpaced the Cricklade defence for the visitor’s second try. Once again Cricklade came back strongly and levelled the scores for the second time as the clock ticked down into the final quarter. With ten minutes remaining a solid Sarries scrum provided a good attacking platform for their backs. The ball was passed cleanly down the line to Wimpress who raced down the touch line for his second try, and the visitors were back in the lead for the third time. With the final whistle fast approaching Cricklade made one last effort to grasp something from the game. A penalty inside the 22 saw them drive towards the Sarries line and in the melee the ball went loose and a Cricklade player was on hand to flop over for a try that brought the scores level. Everything rested on the conversion but the host’s kicker kept a cool head and slotted over an excellent kick from wide out on the touchline to give his side the lead for the first time in the game. There was just enough time for the restart and while Sarries were able to regain possession and drive towards the Cricklade try line through numerous phases of play, the ball eventually went dead and Sarries returned home with only a losing bonus point.

News that their two closest challengers for the league title had also lost went some way to countering the disappointed of the last minute defeat, and the Bath side continue to sit in poll position with an eleven point lead over their nearest rivals. With a few of gaps in the fixture card before the next league game at Minety, Sarries are looking to secure a couple of friendly fixtures to maintain the momentum. See web-site and social media updates for details.