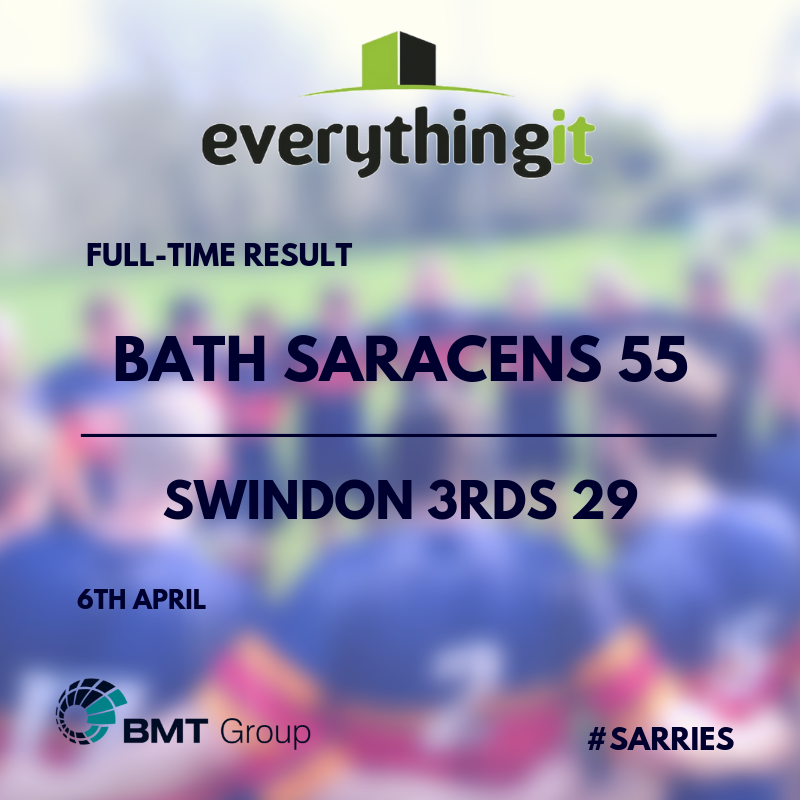 Bath Saracens completed a fine second half of their league season with a convincing win at Swindon.

Taking full advantage of the elements in the first half, they soon notched up the try bonus point and added a fifth touch down shortly before half time to lead 31 – 7 at the break.

Sarries extended their lead with a sixth try shortly after the restart, however with a stiff breeze now behind them Swindon were able to gain some territorial advantage and use their powerful pack to good effect. They added several scores in quick succession and the game looked to be heading for a close finish. Going into the final quarter Sarries superior fitness began to show, and as Swindon tired the visitors were able to run in three further tries to cap off a fine all round performance.

The win sees Sarries secure a third place finish in the league. Later this month they head off to southern Spain for a long weekend in Granada, where they will play local side Rugby INEF Correcaminos.