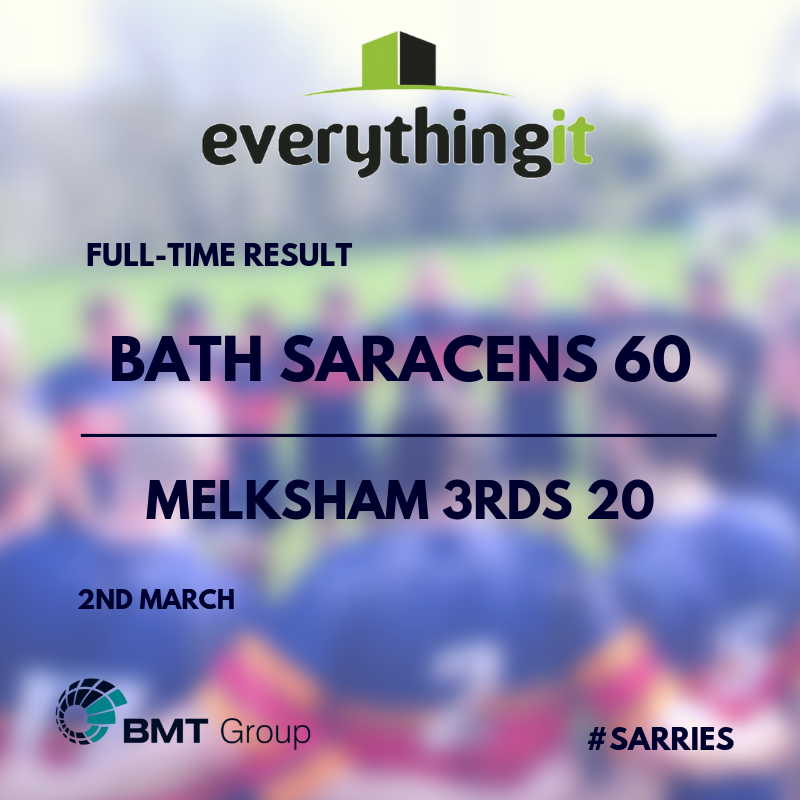 Bath Saracens returned to winning ways at the weekend, scoring 10 tries in their latest Dorset & Wilts outing at Melksham.

The first half saw the visitors playing with a strong breeze behind them. They ran in 5 first half tries to secure the bonus point, and with the hosts scoring restricted to a solitary touchdown, Sarries turned around at the half time break with a healthy lead.

The second half saw Sarries playing against the elements, however through strong running with ball in hand from both forwards and backs, they added 5 further tries. The second half wasn’t all one-sided as with the wind behind them and some intelligent kicking from their fly half, Melksham were able to put regular pressure on Sarries line and scored 2 further tries of their own, and added to their score with an excellent long range penalty kick.

Sarries try scorers were; Pete Baldwin (2), Elis Jenkins (2), Matt Tomes-Smith, Rob Langan, Owen Swabey, Ben Johns, Mike Fordham and Tom Burke. Ed Bell added 5 conversions. Man of the match was awarded to Tom Fordham. The win sees Sarries move into 3rd place in the league and this Saturday sees them host Minety at the Sulis Club. Sarries have been in great form since the turn of the year and will be looking to keep this run going in this season’s remaining fixtures.