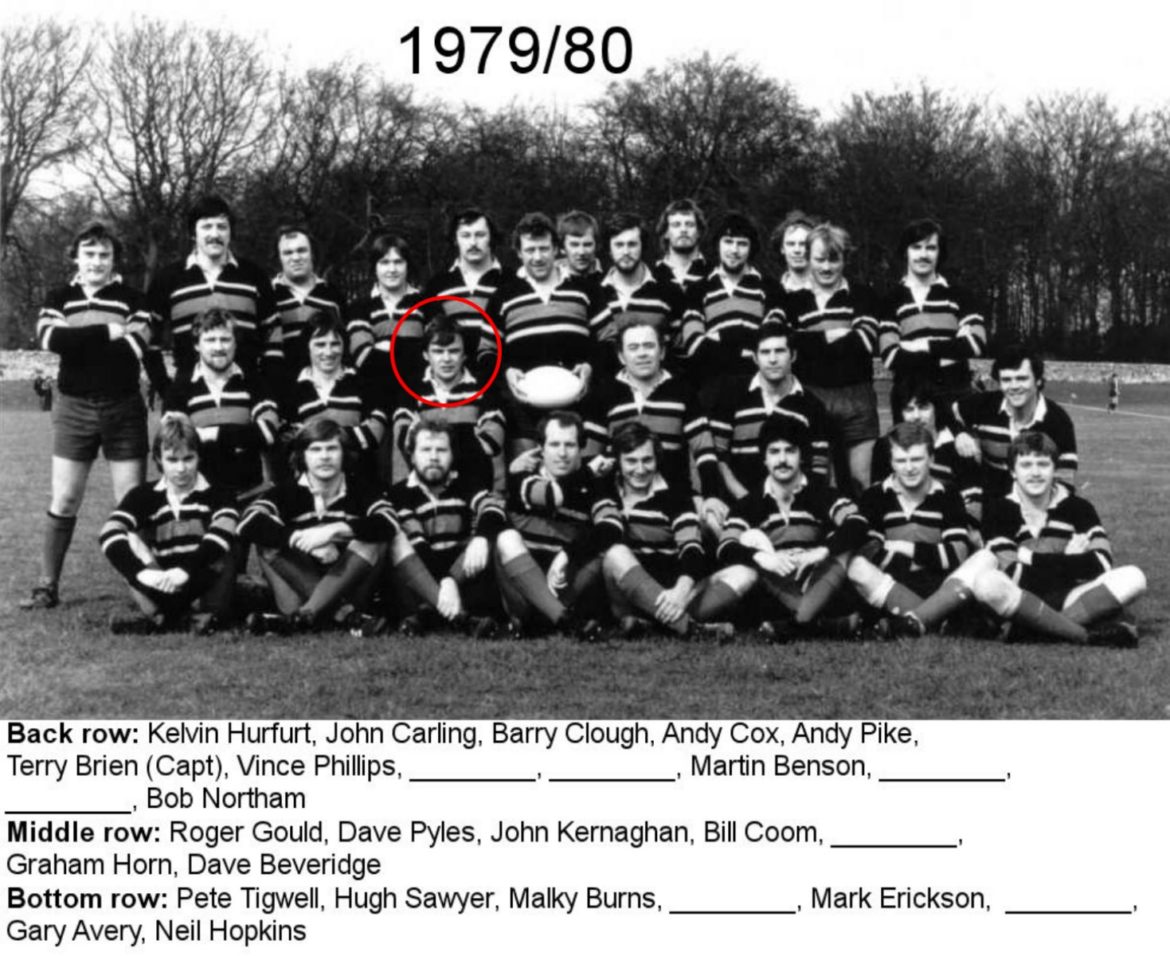 With Coronavirus putting a stop to all rugby activity in the UK, there hasn’t been much activity in the Sarries camp these past few weeks. Luckily we have a few more VP stories to share with you, this one from John Kernaghan who started his playing career in 1972.

I arrived in Bath in 1971, on a 3 month contract at the MOD and ended up staying 9 years. I was persuaded to play for the then CSRFC by the “Barrow” Boys that included Mike Kitley, Kerry Spencer, Eddie Lavender and Alan Southward.

My first game was about October 1972, against Westland’s away – I remember the helicopter on trial in the next field hovering for the entire match. We travelled, as in many cases those days, by coach, enjoying more than a few beers on the way home. First team captain was Dave Allen and second team the infamous “one step and pass” McIlhagga. After that it was more or less full time playing – at various times I was captain of the thirds (yes, we did run 3 teams for about 1 season), I ran the skittles team for many years, organised a tour of the “West Midland” was awarded Club Man for 1979-80. (Only prize ever achieved but it was very well received.)

Most vivid memories were of the social side, Super Scouse and his “Red Knobbed Reindeer”, Alan Mansell with many songs, Chunky and Ginger doing the Ring a Rang a Roo plus too many more to recount here.

They were definitely good times, we often commented that no one would remember the playing side, testament to this was when I returned some years later and Wilf asked me who it was that spilled the beer, that caused his fall from the chair, that dented his tankard. The answer was of course “Evil Kenival” – don’t remember his proper name but this guy used to turn up on his moped, although something of an oddity we took him under our wing and he was fully included.

Touring was another annual event. I was on first Jersey tour in 74 and witnessed McCarthy downing a pint after the rest of us had had multi coloured yawns in a force 10. Lake District and the valley of hell in Windermere – there is nowhere flat around there – Brixham when we were abandoned, Plymouth and a memorable sing song, London and the Indian Irishman and the games against London CS, Birmingham, plus a few I must have forgotten.