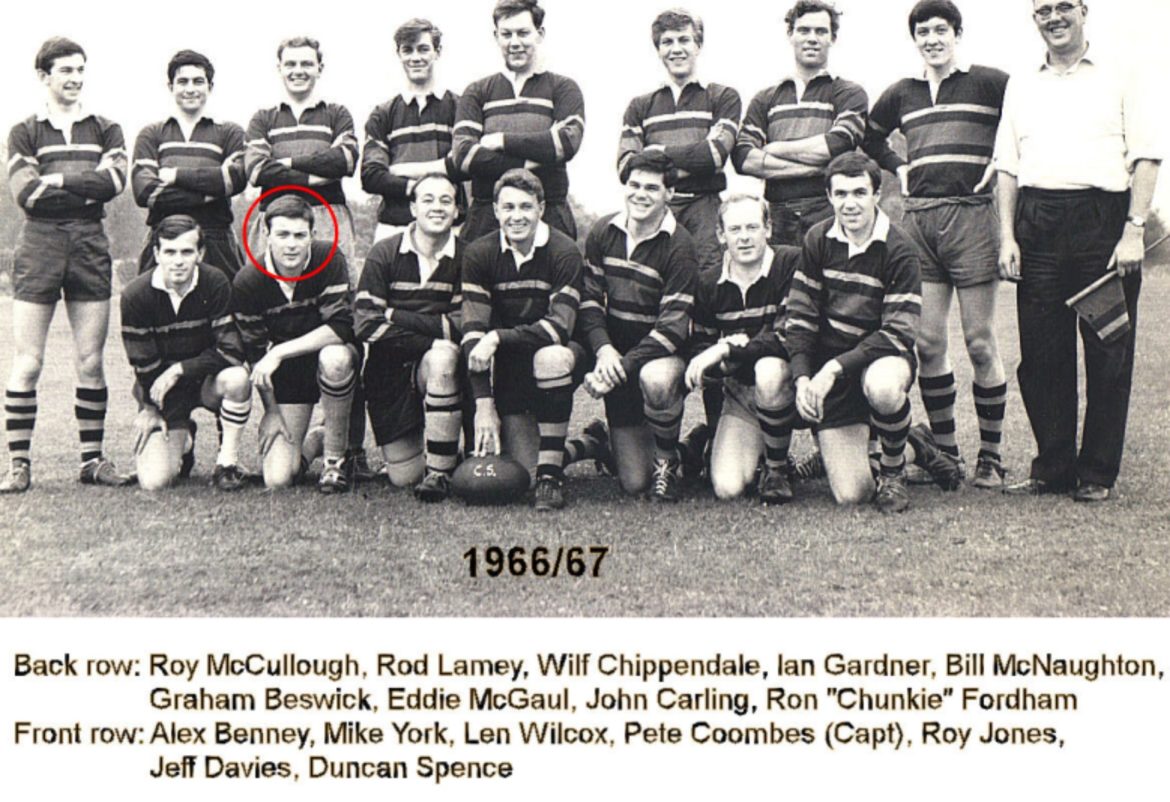 This season we will be publishing stories from ex-players about their time playing for Bath Saracens in a series called VP Stories. For our first instalment we hear from Mike York, who first started playing back in the 60’s. If you have a Sarries story you’d like to share, send us an email at mail@bathsaracens.co.uk

“I joined what was then the Bath Civil Service RFC in the mid sixties. Not quite sure what prompted the switch from soccer (goalkeeper) to rugby but I’m pretty certain that the post match revelry had a lot to do with it. My soccer career included spells with local clubs Larkhall Athletic, Bath City and finally the Bath Civil Service. In fact one of my first games for the CS Rugby Club was particularly memorable because the kick off was delayed until the soccer game in which I was playing on an adjacent pitch had finished so that I could quickly swap goalkeeping sweater for rugby shirt and take my place at full back.

I was lucky to be playing rugby at the time I did because during the sixties the CSRFC were without doubt one of the strongest clubs in the Bath area and the fixture list (all so-called friendlies in those pre-league days) reflected that. I personally believe that the peak was reached during the Captaincy period of Peter Coombes (1965-67). In those years we would regularly beat sides such as Oldfield, Old Culverhaysians, Avonvale, Stotherts, etc.

One aspect of my rugby career that I do remember was the law change that banned the direct kick to touch from outside of the 22 yard line as it was in those days. This law adjustment dramatically changed playing tactics overnight, particularly so for full backs who could until then seek the haven of touch from anywhere thus avoiding incoming attackers at will. Of all the law changes there have been over the years this one did more to open the game up than any I believe.

Although my playing days were cut short by a chronic back condition I always kept in contact with the Club but more recently the fact that my daughter married Mark Button prompted me to take an even closer interest and join the Committee. As a result I have been Secretary for a number of years now and have even started “tooring” again.

At my age I certainly find the toors demanding, and I’m only running the line. However I often wonder just how I managed the “Easter Tours” of the sixties. Three full blown games on Friday, Saturday and Monday, and one year (Blackpool) a sevens tournament thrown in for good measure on the Sunday. Now that was knackering.

But finally, the Club may have changed its name but at heart it remains very similar to the one I joined in the sixties, and long may it remain so.”